Looking for discounts from Nike? Then you are in the right place! SuperSales has collected all sale from Nike at 105 webshops for you. Currently there are 19232 products of which 8862 discounts are available. Do you see something nice? Don't wait too long because Nike products with a great discount can be sold out quickly!
View all offers from Nike 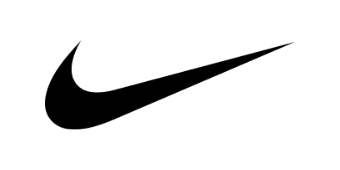 View all models of Nike

At SuperSales we help you find the most beautiful articles from Nike for a good price. Here you'll find the statistics and trend of the discount of Nike .

Statistics for this brand

Distribution of the discount rate of the Nike sale

Nike is one the biggest and most influential sportswear brands on the planet. The brand was founded in 1964. Since then, Nike has been putting lots of energy into developing excellent sportswear and trainers. And very successfully: Nike is now a household name and loved by everyone, both athletes and non-athletes. Nike is best known for the brilliant and performance-oriented trainers, but let’s not forget about other products of the brand. Here are 3 iconic and influential products that you, as a Nike-devotee, can’t miss!

1987 may be the most epic year of Nike’s history: the inaugural shoe with a visible Air Unit in the sole, the Nike Air Max 1, was released. The Air technology not only provided more comfort and better performances, but it was also the beginning of the iconic Air Max look. The ‘Air’ and the Air Max 1 were inspired by the George Pompidou Centre in Paris. Together with the Nike ‘swoosh’ logo, these are the most distinctive features of the brand. Up to today, the Nike Air Max 1 has been a gift that keeps on giving. The creative marketing and innovative technologies led to a trainer series that’s selling like hotcakes. Current top models like the Nike Air Max 270 and the Nike Air Max 200 are also record-breaking.

In 1982 the Nike Air Force 1 debuted, and the name refers to the American presidential aeroplane: the Air Force One. It was Nike’s first basketball trainer with Nike Air technology. The Air Force 1 was a turning point in sports: the Air technology added to the sole’s flexibility while keeping the shoes lightweight and comfortable to wear. The specially designed circular sole enabled basketball players to maintain their grip on the court, which made the trainers particularly suitable for basketball. The first Air Force 1, designed by Bruce Killgore, was a hiking boot with Velcro straps. After that, low top and mid models were added to the series. At first, the trainers were popular in some American cities. Today, the Air Force 1 is one of Nike’s best-selling shoes, together with the Air Max models. The Air Force 1 is not only a beloved favourite by American sneakerheads, the trainers are seen everywhere on the planet.

In 2013, Nike launched the Tech Fleece collection. Nike updated classic styles with a revolutionary reinvention of the fabric of sport: fleece. The Nike Tech Fleece is a multiple-layered jersey material. Plush foam is placed between layers of cotton jersey to create the ultimate lightweight material that provided comfort and warmth. The Tech Fleece collection was not only the debut of a new fabric and sportswear line, but it also changed street style fashion. The ‘Athleisure wear’ trend has been big business in recent years, mainly due to the Nike Tech Fleece. Nike Tech Fleece’s snug fit and basic silhouettes make tracksuits not only meant as loungewear or sportswear, but also suitable for more formal occasions.